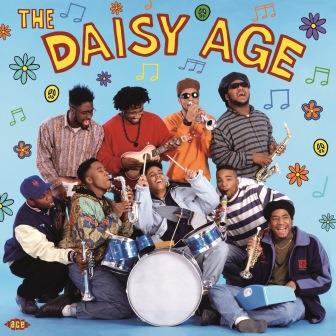 Description Tracks Item Details
Double vinyl LP pressing. 2019 collection. It wasn't really a movement, barely even a moment, but the Daisy Age was an ethos that permeated pop, R&B and hip hop at the turn of the ‘90s. Playfulness and good humor were central to de la Soul's 1989 debut album, 3 Feet High And Rising, which would go on to cast a long, multi-colored shadow over rap. In Britain, the timing for 3 Feet High And Rising couldn't have been better. The acid house explosion of 1988 would lead to a radical breaking down of musical barriers in 1989, and its associated look - loose clothing, dayglo colors, smiley faces - chimed with the positivity of de la Soul and rising New York rap acts the Jungle Brothers and A Tribe Called Quest, all at the heart of a growing collective called Native Tongues. The Native Tongues' charismatic, summery aura quickly spread west to the Bay Area's similarly-minded Hieroglyphics crew (Del Tha Funky Homosapien's 'Mistadobalina'); Canada's Dream Warriors ('My Definition Of A Boombastic Jazz Style') used 3 Feet High"s color palette and borrowed Count Basie and Quincy Jones riffs; Naughty By Nature (OPP) were mentored by Native Tongues heroine Queen Latifah, while Londoner Monie Love was also adopted by the collective, resulting in her Grammy-nominated 'It's A Shame (My Sister)'. It wasn't built to last, but the Daisy Age reintroduced Multiplication Rock, bubble writing and the gently psychedelic into the charts. It was a brief, but extraordinarily warm and optimistic moment. The songs on this collection promised that the ‘90s would be a lot more easy-going than the ‘80s.