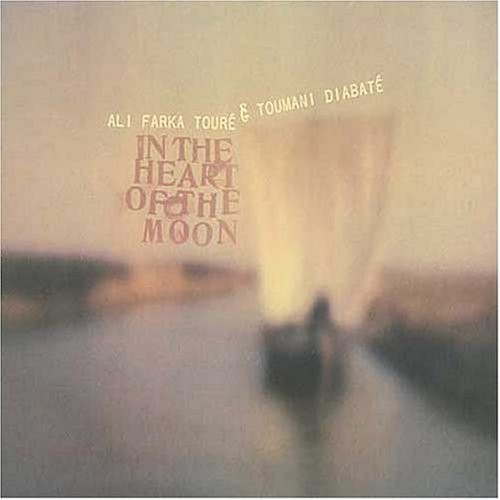 In The Heart Of The Moon

Description Tracks Item Details
In The Heart Of The Moon is the first full length album collaboration by these two great African musicians. The original idea for the album that they duet on just one track, but their creativity cold not be contained, and the result is an album's worth of material! There were no rehearsals, and the improvised performances were recorded over 3 magical 2 hour sessions at the Hotel Mand, on the banks of the Niger River, in Bamako, Mali. With Ali on acoustic guitar and Toumani's kora, there was some extraordinary interplay between the pair. Features 12 total tracks including 'Kala', 'Kaira', 'Nawer Toro', 'Hawa Dolo', 'Simbo', 'Mamadou Boutiquier' and more. Warner. 2005.