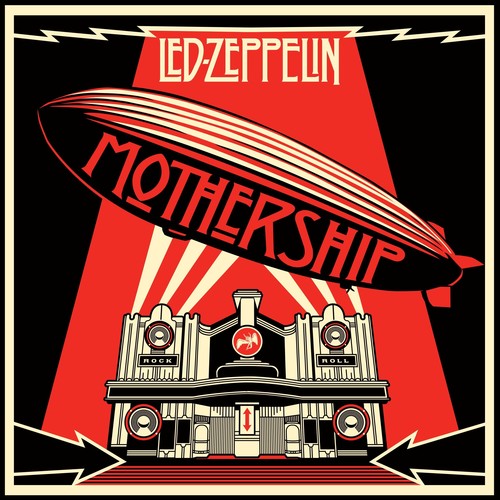 Product Unavailable
Description Tracks Item Details
Limited four 180 gram vinyl LP pressing. Digitally remastered edition of this compilation by one of the greatest British rock bands of all time. In 1968, John Bonham, John Paul Jones, Jimmy Page and Robert Plant formed Led Zeppelin, one of the most influential, innovative and successful groups in modern music. The band has sold more than 300 million albums worldwide with a celebrated catalog including such landmark songs as "Whole Lotta Love," "Kashmir," "Rock And Roll," "When The Levee Breaks" and "Stairway To Heaven." The band rose from the ashes of The Yardbirds, when Page brought in Plant, Bonham and Jones to tour as The New Yardbirds. In 1969, Led Zeppelin released it's self-titled debut. It marked the beginning of a 12-year reign, during which the group was widely considered to be the biggest rock band in the world. Led Zeppelin continues to be honored for it's pivotal role in music history. The band was inducted into the Rock & Roll Hall of Fame in 1995, received a Grammy Lifetime Achievement Award in 2005.