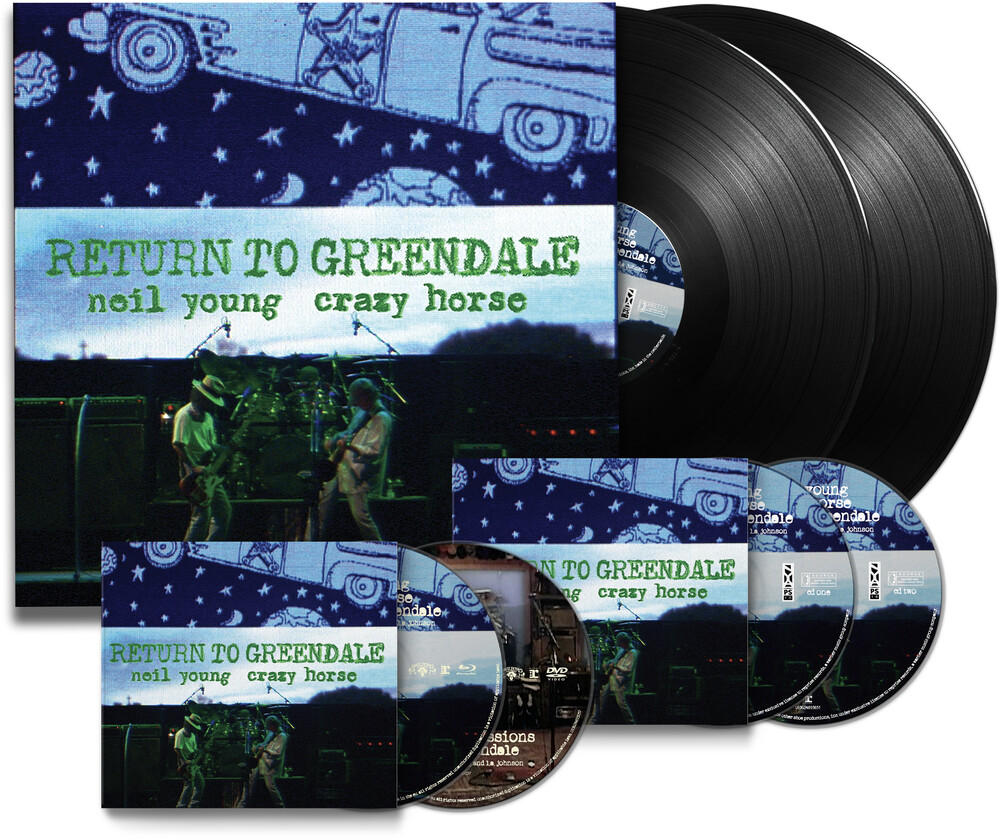 Collect 400pts with this purchase!
Double Club Points on this item
Afterpay Purchases Excluded
What's this?

Limited deluxe edition include two CDs, DVD, and Blu-ray. 2020 release. Return to Greendale is the next installment in Neil Young's Performance Series (#16) and features a concert (audio & on film) from the historic and unique 2003 tour supporting the release of the Neil Young with Crazy Horse album Greendale. On the 2003 tour, Neil Young and Crazy Horse were joined on stage by a large cast of singers and actors to perform the story Neil Young wrote about the small town of Greendale and how a dramatic event affects the people living there. The ten songs from the powerful original album are performed in sequence, with the cast speaking the sung words - adding to the intensity of the performance.