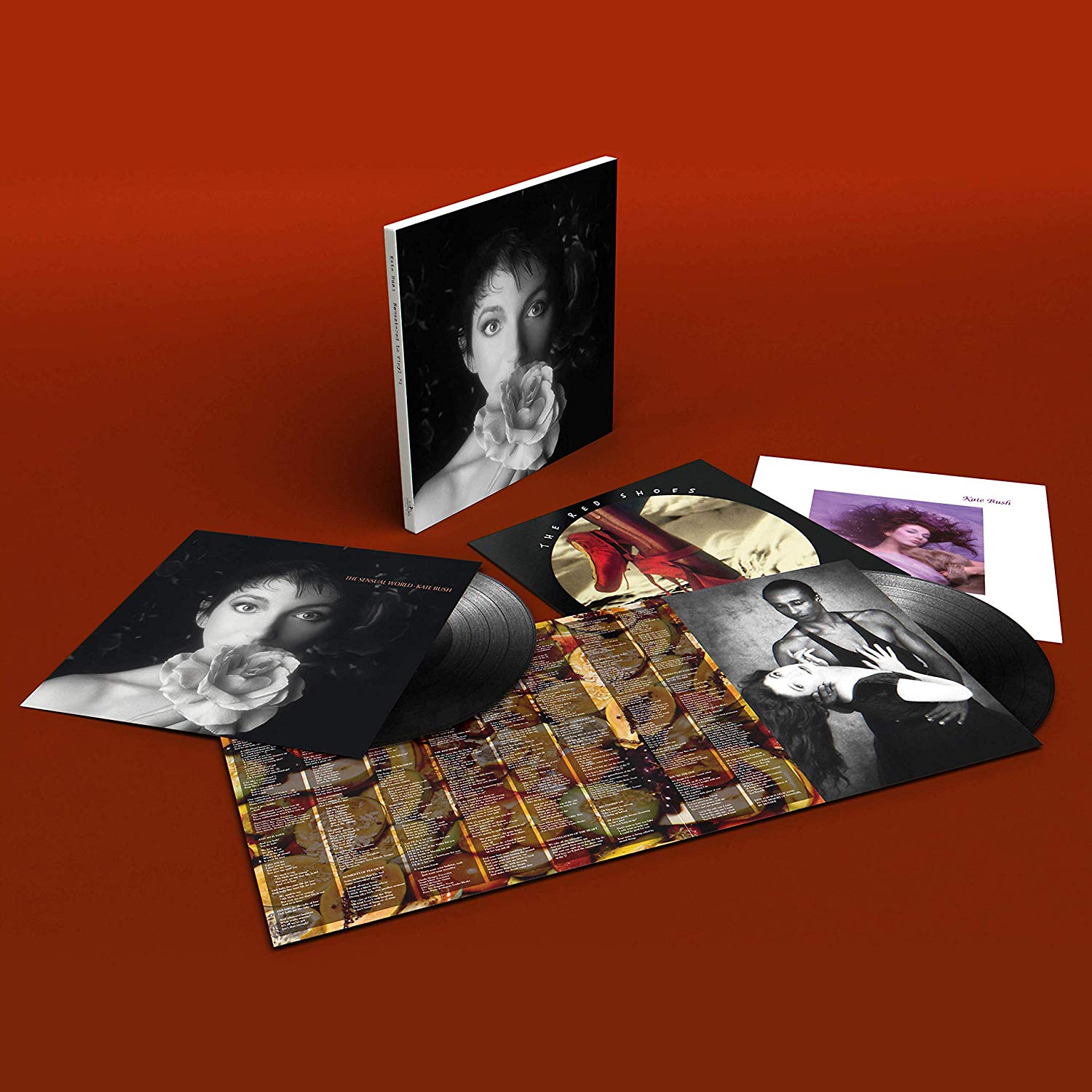 Deluxe triple vinyl LP box set. Kate Bush - Remastered In Vinyl 2 contains remastered versions of three Kate Bush albums. This is the first (and definitive) program of remastering undertaken by the artist. Vinyl Box 2 features Hounds of Love (1985), The Sensual World (1989) and The Red Shoes (1993). The original album artworks are retained within new artwork for the box. 1985's platinum certified Hounds Of Love was Kate's fifth studio album, and her second #1. 1989 follow-up The Sensual World topped out #2 in the UK and has been certified Platinum by the British Phonographic Industry and Gold by the RIAA in the US. 1993's The Red Shoes was accompanied by Kate's short film, The Line, The Cross and The Curve. The album also hit the #2 spot in the UK where it has been certified Platinum.