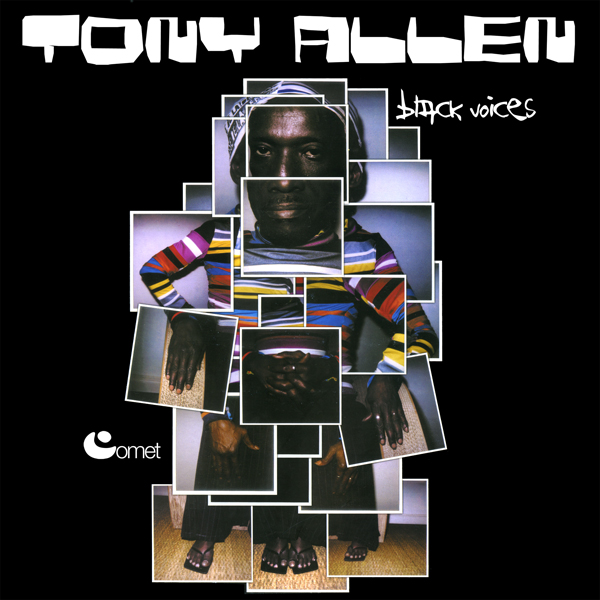 Black Voices is Afro-beat drum groove originator Tony Allen's return to action after leaving Nigeria, settling in Paris in 1985, and dropping off the map as far as making records goes. It's a remix project of tracks from singles more than an LP per se, a largely two-person affair with Allen manning the drums and keyboards and Doctor L supplying the modern dub mixology. While it's hard to imagine a minimalist or trip-hop take on a sound as big-band maximalist as Afro-beat and related rhythm forms, that's pretty much what these two have come up with here. "Asiko" is an effective opener with updated Fela electric piano lines -- Allen's drums are the lead instrument and central to mix with the melodic shards darting in and out around the rhythms. "Get Together" is alternately sunny and weird with nice closing horns, and "Black Voices (We Are What We Play Mix)" is minimalist dub Afro-beat with a bass spine blended to spooky keyboard burbles, stabbing clavinet explosions, and whispered head-trip lyrics. Those misterioso internal musings sorta recall some Lee Perry dub or Tricky trip-hop. The fragmentary "The Same Blood" (is that a sample from Allen's "Discrimination" in there?) ebbs and flows around a single guitar riff for too long and the minimal drums, voice, and occasional percussion of "Asiko (In a Silent Mix)" isn't worth nine and a half minutes. The original mix of "Black Voices" is too low-key to sustain interest, but the fuller "Ariya (Psychejujumix)" does, with Allen's drums complemented by guitar, bass, and vocal chants. Black Voices was obviously designed to connect Allen with the international electronica dancefloor crew, and it works fairly well on that level. But it also sounds like a strong EP -- "Asiko," "Black Voices (We Are What We Play Mix)," "Ariya (Psychejujumix)," and "Get Together" -- padded with filler to make it a 50-minute, full-list-price CD. Since those four songs are now available in some form on Allen's solo career best-of Eager Hands and Restless Feet, Black Voices is a long way from essential.