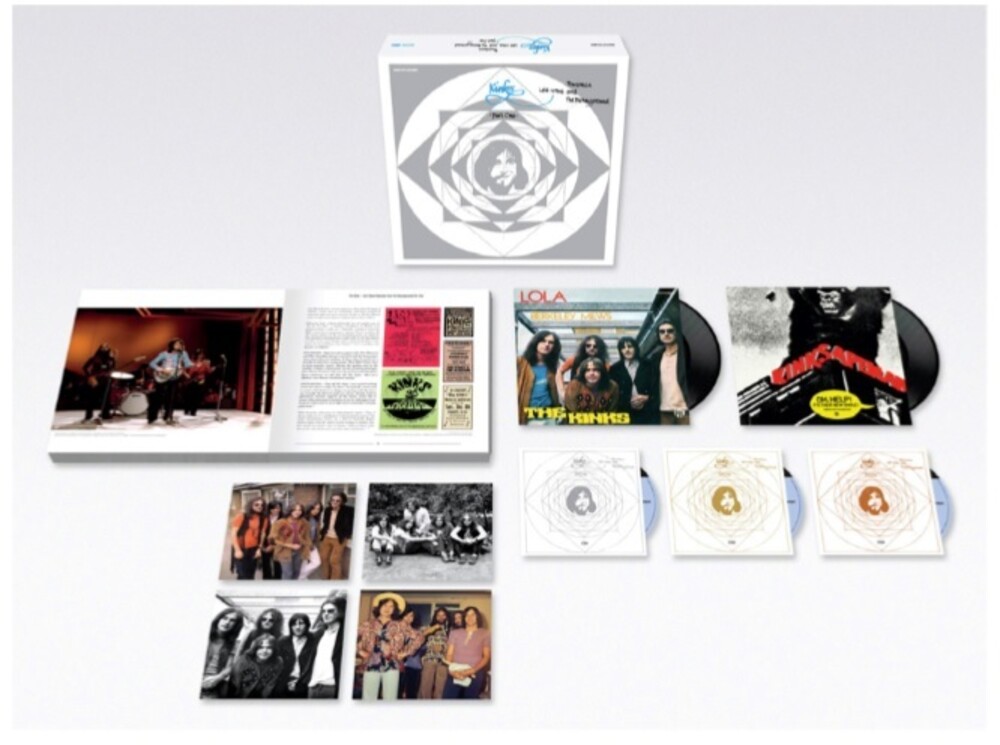 Deluxe box set containing three CDs, two 7” singles, four square art cards and a 60 page, gloss-art hardback book with extensive notes, new band quotes, rare photos and Ray Davies’ “1970 Diary”. The Kinks’ Lola versus Powerman and The Moneygoround, Part One - commonly abbreviated to Lola Versus Powerman - is the eighth studio album by British rock band the Kinks, recorded and released in 1970. A concept album, it is a satirical appraisal of the music industry, including song publishers, unions, the press, accountants, business managers, and life on the road. Although it appeared during a transitional period for the Kinks, Lola Versus Powerman was a success both critically and commercially for the group, charting in the Top 40 in America and helping restore them in the public eye, making it a “comeback” album. It contained two hit singles: ‘Lola’, which reached the #9 US, #2 UK and Germany - becoming the Kinks’ biggest success since ‘Sunny Afternoon’ in 1966 - and ‘Apeman’, which peaked at #5 in the UK and Germany. The track ‘Lola’, written by Ray Davies, allegedly details a romantic encounter between a young man and a possible trans-gender person whom he meets in a club in Soho, London.