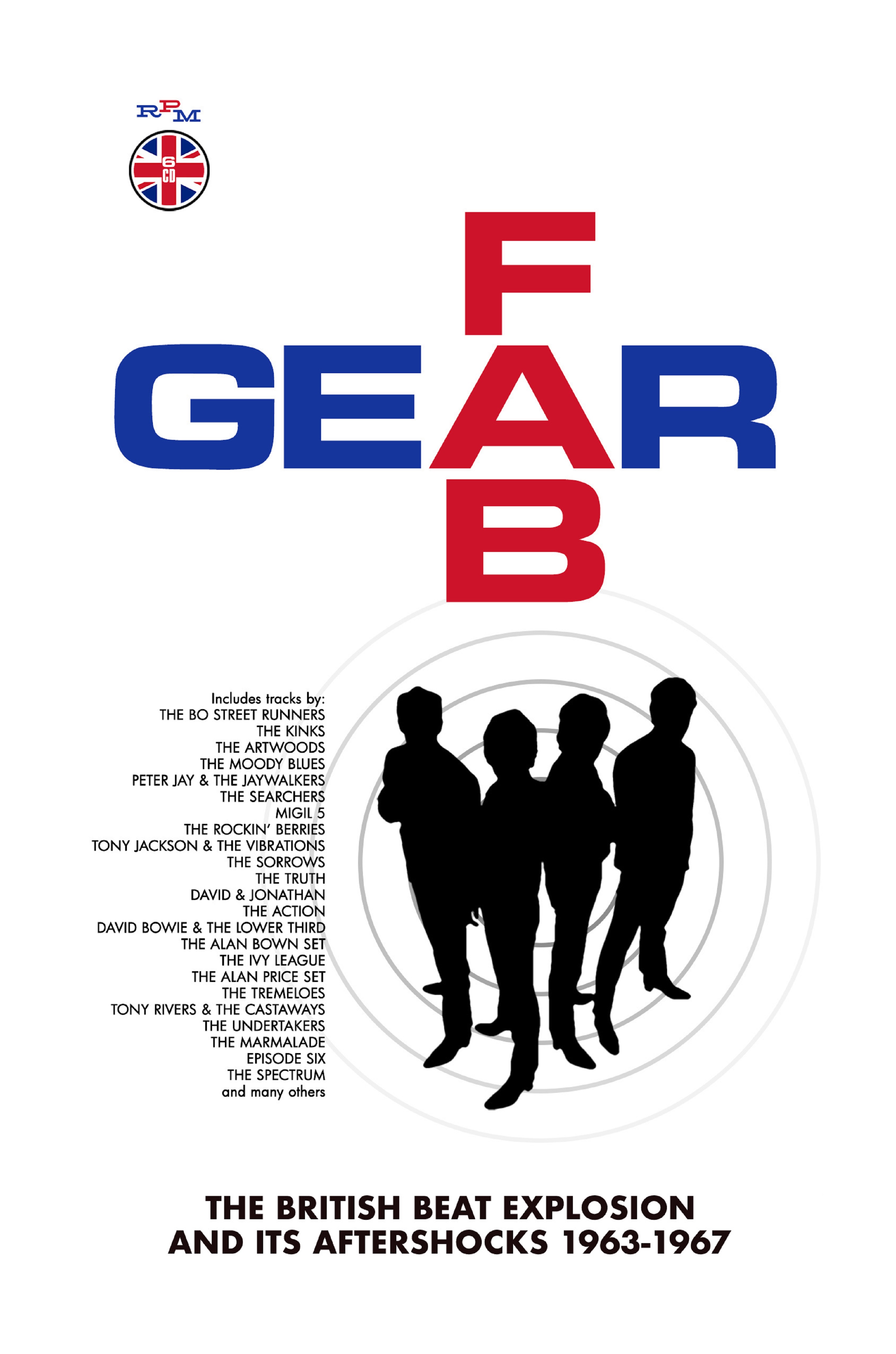 Collect 220pts with this purchase!
Double Club Points on this item
Afterpay Purchases Excluded
What's this?

Six CD set. British Beat was the term adopted to describe the exciting new sounds out of Liverpool and other cities in the wake of The Beatles' explosion onto the world stage in 1963/64. Named after the slang term forever associated with The Beatles, this mammoth 6-CD box set offers around 180 tracks in chronological order from the mid-1960s, many of which are new to CD and some of which are previously unissued. Fab Gear includes many of the era's biggest names such as The Kinks, The Moody Blues, The Searchers and The Tremeloes and other hit acts such as The Marmalade, The Alan Price Set, The Rockin' Berries, David & Jonathan, The Ivy League, Twinkle, Peter Jay & The Jaywalkers, Chad & Jeremy, The Tornados, Arthur Brown, Tony Jackson & The Vibrations, The Undertakers, Billie Davis, The Migil 5, The Truth, The Quiet Five and The Sorrows. The hefty booklet boasts band-by-band histories and details of each recording, including early works by David Bowie, Status Quo, Clifford T. Ward, Manfred Mann's Mike d'Abo, Lemmy and future members of Yes, The Move, Mott The Hoople, Jimi Hendrix Experience, Deep Purple, Fleetwood Mac, Traffic, Lindisfarne and Man. The bonus disc six contains recordings which weren't issued at the time, including many tracks which have never been heard before.