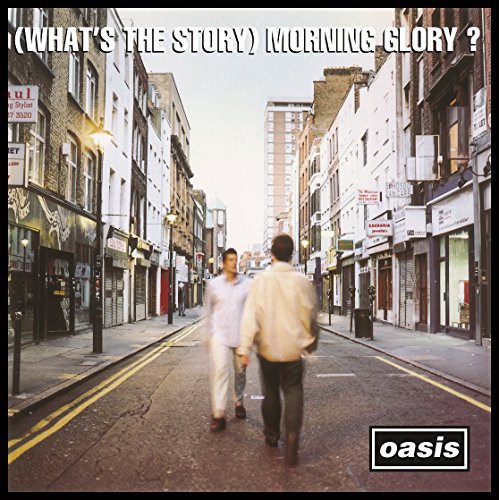 Collect 70pts with this purchase!
Earn Club Points on this item
Afterpay Purchases Excluded
What's this?

Description Tracks Item Details
Double vinyl LP pressing includes digital download. Digitally remastered 20th Anniversary edition of the classic sophomore album from the Britpop band. The follow-up to Oasis's 1994 debut album DEFINITELY MAYBE, (WHAT'S THE STORY) MORNING GLORY? was recorded between May and June 1995 in Rockfield Studios, Monmouthshire, with Owen Morris and Noel Gallagher producing. Released on October 2nd 1995, it sold a record-breaking (at the time) 347,000 copies in it's first week. The album spent 10 weeks at #1 in the UK, and is Oasis's most commercially successful, with 22 million copies sold worldwide to date, including four million in the US. Features many of Oasis's biggest hit singles, including 'Don't Look Back in Anger', 'Wonderwall', 'Some Might Say', and 'Roll with It', and won the Best Album at the 1996 Brit Awards, with Oasis also taking Best British Group and Best Video awards.