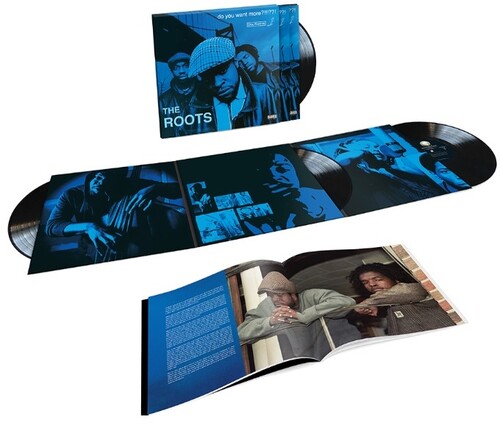 Do You Want More?!!!??! is the second studio album by The Roots, released January 17th, 1995 on DGC Records. The band’s major-label debut was released two years after their independent debut album, Organix (1993). Do You Want More?!!!??! has been considered by critics as a classic of hip hop jazz. In 1998, the album was selected as one of The Source‘s 100 Best Rap Albums. On November 2nd, 2015, twenty years after its release, the album was certified Gold. - This 3LP version of "Do You Want More!!!??!" has been remastered from the original tapes and include bonus tracks curated by Questlove, a trifold jacket in a slipcase, a booklet with rare photos, Essays by Questlove and Black Thought, and track-by-track commentary.