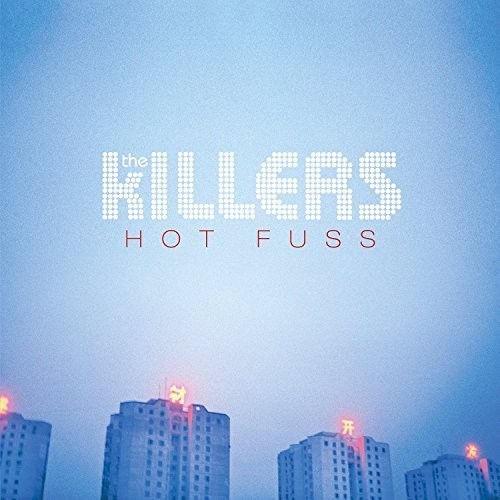 There are so many garage rock/dance-rock tunes perfectly stylized and glamorous for the pop kids in the city and in the suburbs of new-millennium America. What's nice about these the bands producing these songs is how they strive so desperately to individualize themselves. On a commercial level, they do quite well in delivering catchy pop hooks. When it comes to having actual talent, a select few actually do possess attention-worthy integrity. But there are others who don't, and they disappear from the American consciousness after a brief flirtation with success. Such theories, however, are left up to the individual music fan, so let's put that aside for a moment to experience the decadent pop world of the Killers. The Las Vegas foursome introduce a perfectly tailored new wave-induced art rock sound on their debut, Hot Fuss. They wooed MTV audiences and modern rock followers with the success of "Somebody Told Me" during summer 2004. This chunky-riffed single loaded with androgynous mystery and a dalliance with new romantic energy captures the infectious delivery of the Killers as a band. Vocalist/keyboardist Brandon Flowers does his best Simon LeBon imitation; the sex appeal and the boyish charm are perfectly in place as the rest of the band accents his rich, red-hotness just so. "Jenny Was a Friend of Mine" and "Mr. Brightside" are equally as foxy as the album's first single, affirming that a formula is indeed in motion. It's hard to deny the sparkle of Depeche Mode beats and the sensual allure of Duran Duran. After 25 years, those sounds still hold up; by 2004, however, it's an incredible task to pull this kind of thing off without selling yourself to the tastes of the masses. Interpol and the Walkmen have pulled it off; Franz Ferdinand and Hot Hot Heat have potential. The difference with the Killers is that the dynamic doesn't firmly hold together. The gospel/rock jaunt of "All These Things That I've Done" doesn't quit fit around the Cure-inspired synth reveries of "Everything Will Be Alright" and "Believe Me Natalie." "Midnight Show," as much as it plucks from Duran Duran's "Planet Earth" and "Is There Something I Should Know?," does show promise for the Killers. Hot Fuss came at the right time because the pop kids needed something to savor the summer with, and "Somebody Told Me" served that purpose. Now pull out your Duran Duran records and dance like no one is watching.