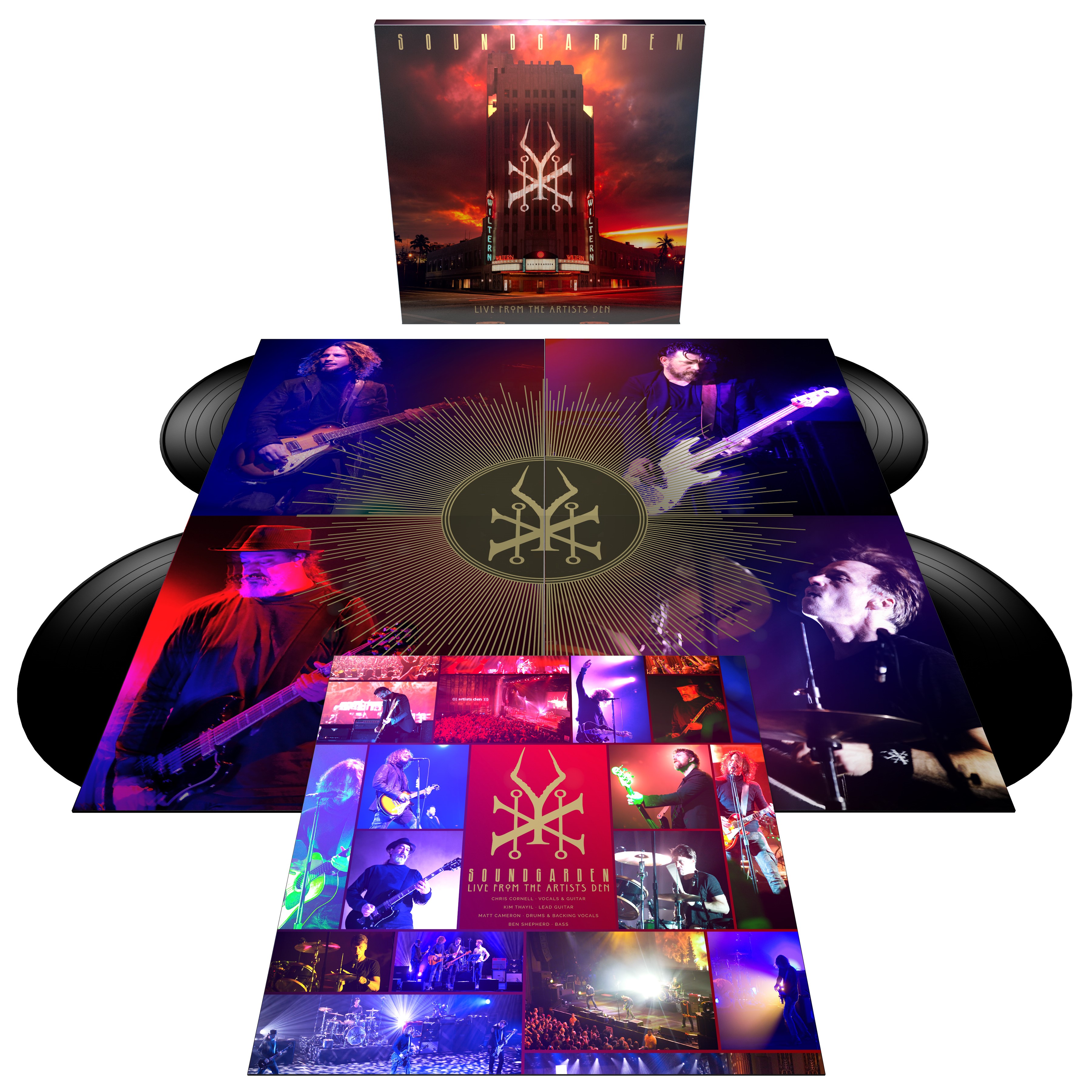 Collect 165pts with this purchase!
Earn Club Points on this item
Afterpay Purchases Excluded
What's this?

Limited four 180gm vinyl LP pressing. Packaging features a slipcase that holds four individual jackets which link together to form one large image and a two-panel insert. On February 17, 2013, Soundgarden concluded a sold-out U.S. Winter tour in support of King Animal, their first studio album in over sixteen years, with a special Live from the Artists Den taping at the Wiltern in Los Angeles. Soundgarden mixed new songs with classic radio hits and rarities performed live for the first time, in front of a rapturous crowd. The concert has become the most requested Soundgarden show to be released of all-time. The 29 song, nearly two-and-a-half-hour show encompasses the band's entire legacy of songs, from their early years with "Hunted Down" through their monumental albums Badmotorfinger and Superunknown respectively with "Outshined" and "Black Hole Sun, " and nearly every song from King Animal including "By Crooked Steps" and "Been Away Too Long." The concert album features 17 songs that have never been released on a live album, including "Blind Dogs" which is the first-time the band ever performed the song live.