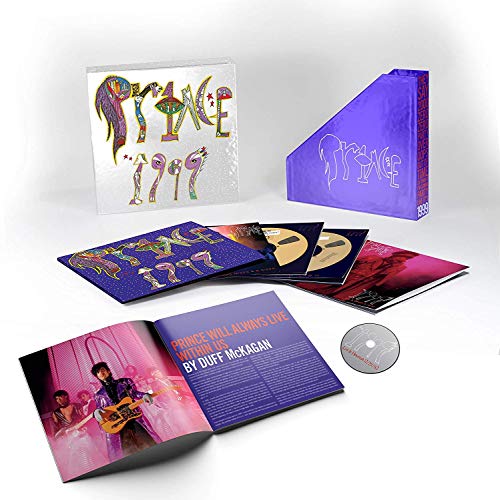 Product Unavailable
Description Item Details
Super deluxe ten 180gm vinyl LP + DVD box set. The albums in this set contains all the audio material that Prince officially released in and around 1982, as well as 23 previously unissued studio tracks recorded between November 1981 and January 1983, and a complete live audio performance of the 1999 tour recorded at the late show (the second of two that day) in Detroit, MI on November 30, 1982. In addition, the vinyl set also boast a brand-new DVD containing another complete, previously unreleased concert from the 1999 tour, recorded in multi-cam live at the Houston Summit on December 29, 1982. 1999 is the fifth studio album by Prince, and the first to feature his band the Revolution. It was originally released in October, 1982. 1999 was Prince's first Top Ten album on the Billboard 200 chart in the United States, subsequently becoming the fifth best-selling album of 1983. 1999 is certified quadruple platinum by the RIAA. The album was inducted into the Grammy Hall of Fame in 2008.