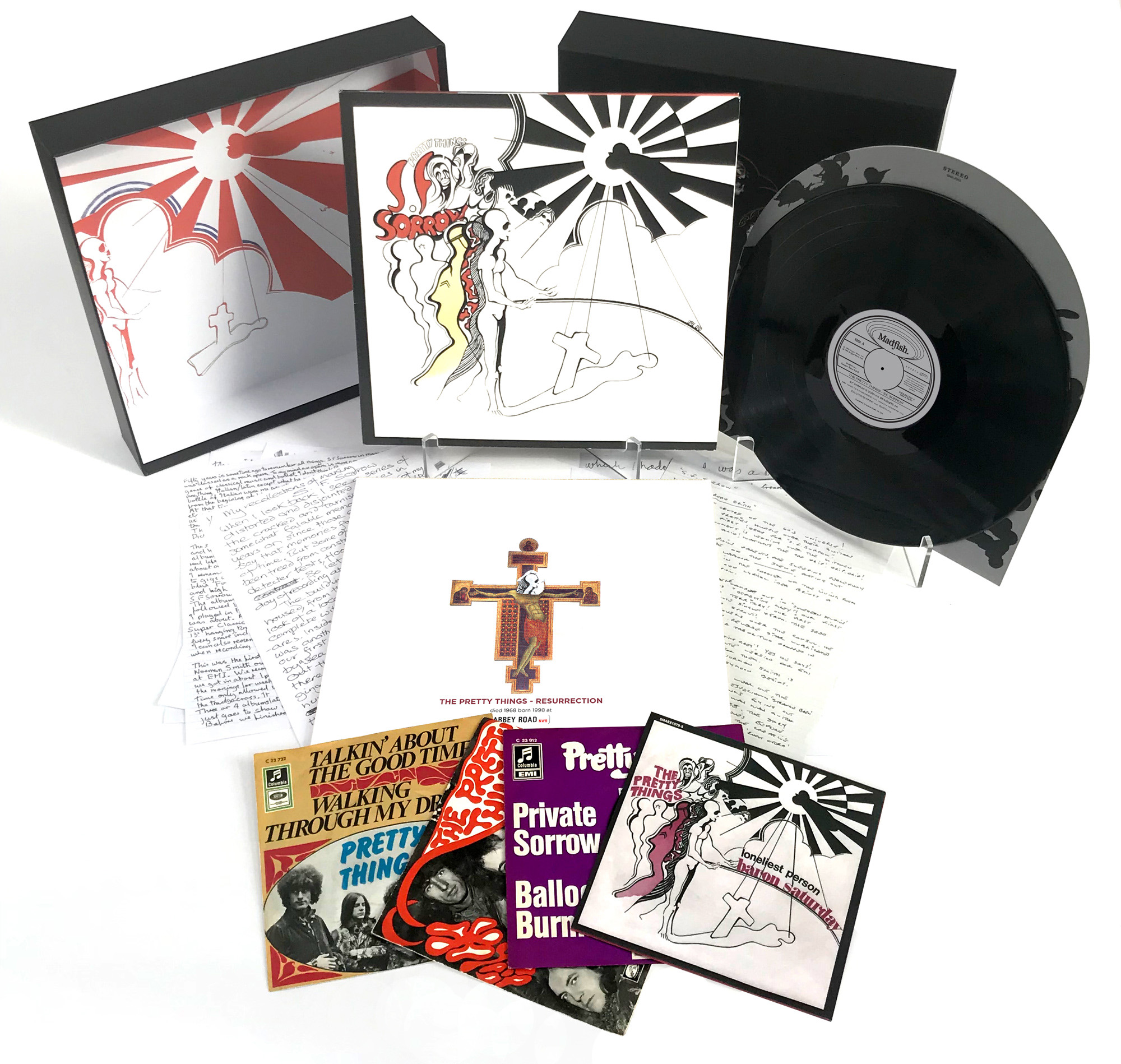 A 50th anniversary box set edition of the Pretty Things’s groundbreaking 1968 concept album (featuring the 1998 'Live At Abbey Road’ recording - with David Gilmour and Arthur Brown - on vinyl for the first time).

“A psychedelic masterpiece.” - The Guardian

The Pretty Things, iconic 1st wave R&B cult heroes, created some of the most exciting and innovative records of the 1960s and 1970s. Winners of the Hero award at the 2009 Mojo Honours, the band have been a huge influence on artists as diverse as David Bowie, Aerosmith, The Ramones, Bob Dylan, The Sex Pistols, The White Stripes, Kasabian and many, many more.

In 2018 The Pretty Things celebrate their 55th anniversary as a band with their final live tour and final studio album. 2018 also marks 50 years of the world's first Rock Opera, S.F. Sorrow. The album stands favourable comparison with Sgt Pepper and Piper At The Gates Of Dawn as one of the defining records of the Psychedelic era. Originally recorded at Abbey Road in 1967 and 1968 it was one of the first true concept albums

The first two LPs feature the mono and stereo versions of the album cut from the original Abbey Road master tapes packaged in facsimile versions of the original UK gatefold and USA 'Tombstone' sleeves respectively. The third and fourth LPs comprise a 2LP set of the 1998 Live At Abbey Road anniversary recording with David Gilmour and Arthur Brown on vinyl for the very first time.