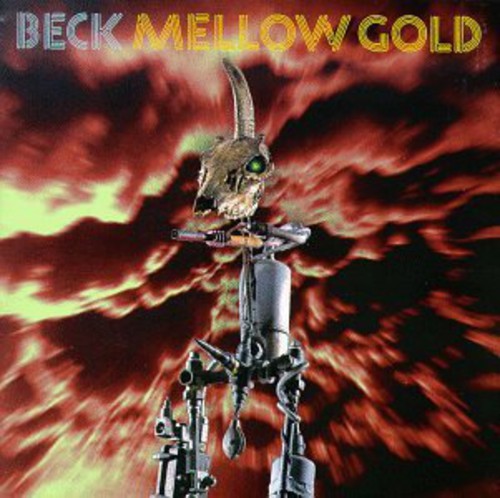 Collect 33pts with this purchase!
Earn Club Points on this item
Afterpay Purchases Excluded
What's this?

From its kaleidoscopic array of junk-culture musical styles to its assured, surrealistic wordplay, Beck's debut album, Mellow Gold, is a stunner. Throughout the record, Beck plays as if there are no divisions between musical genres, freely blending rock, rap, folk, psychedelia, and country. Although his inspired sense of humor occasionally plays like he's a smirking, irony-addled hipster, his music is never kitschy, and his wordplay is constantly inspired. Since Mellow Gold was pieced together from home-recorded tapes, it lacks a coherent production, functioning more as a stylistic sampler: there are the stoner raps of "Loser" and "Beercan," the urban folk of "Pay No Mind (Snoozer)," the mock-industrial onslaught of "Mutherfuker," the garagey "Fuckin' With My Head (Mountain Dew Rock)," the trancy acoustic "Blackhole," and the gently sardonic folk-rock of "Nitemare Hippy Girl." It's a dizzying demonstration of musical skills, yet it's all tied together by a simple yet clever sense of songcraft and a truly original lyrical viewpoint, one that's basic yet as colorful as free verse. By blending boundaries so thoroughly and intoxicatingly, Mellow Gold established a new vein of alternative rock, one that was fueled by ideas instead of attitude.