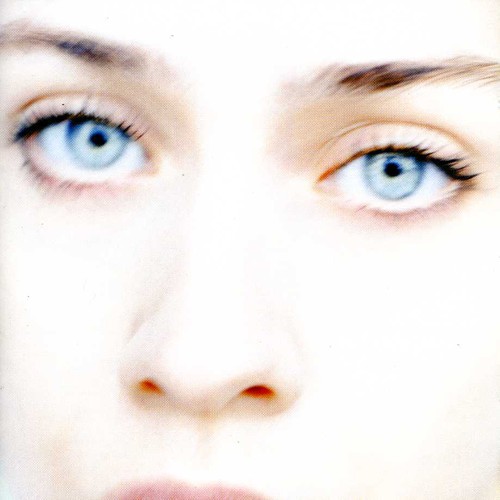 Collect 16pts with this purchase!
Earn Club Points on this item
Afterpay Purchases Excluded
What's this?

Description Tracks Item Details
Tidal is the debut studio album by American singer-songwriter Fiona Apple, released in the United States on July 23, 1996, by Work Records and Columbia Records (Sony Music).. according to Nielsen SoundScan. It was certified 3x platinum by the RIAA in December 1997. Tidal produced six singles: "Shadowboxer", "Slow Like Honey", "Sleep to Dream", "The First Taste", "Criminal" and "Never Is a Promise". "Criminal", the album's most popular single, won a 1998 Grammy Award for "Best Female Rock Vocal Performance" and was named the single of 1997 in a poll of Rolling Stone readers. The music video for "The First Taste" never aired in the U.S. The 2005 album I've Got My Own Hell to Raise by Bettye LaVette is titled after a lyric in "Sleep to Dream", and includes a cover of that song. The album was very well received upon release and continues to be highly regarded. In 2008, Entertainment Weekly named Tidal the 20th Best Album of the last 25 years (1983-2008). In 2010, Rolling Stone placed it among the greatest albums of the 1990s, at number 83. A year later, Slant Magazine placed it at number 74. The album is featured in the book 1001 Albums You Must Hear Before You Die. TIDAL contains multimedia photos, lyrics, a biography and the "Shadowboxer" video, all of which are playable on a CD-ROM drive. Personnel: Fiona Apple (vocals, piano, Optigon); Jon Brion (guitar, harp, tack piano, Chamberlin, dulcitone, Optigon, vibraphone, marimba); Rob Laufer (guitar); Greg Leisz (pedal steel guitar); Ralph Morrison, Claudia Parducci (violin); Evan Wilson (viola); Larry Corbett (cello); Patrick Warren (piano, Chamberlin); Dan Rothchild, Greg Richling, Sara Lee (bass); Matt Chamberlain, Danny Frankel (drums, percussion); George Black (drum programming); Amber Maggart (background vocals). Recorded at Sony Music Studios, Ocean Way Recorders and 4th Street Recording, Los Angeles, California. Fiona Apple was nominated for the 1998 Grammy Award for Best New Artist. "Criminal" won the 1998 Grammy for Best Female Rock Vocal Performance and was nominated for the 1998 Grammy for Best Rock Song. Judging from the songs that litter her debut, this 18-year-old singer-songwriter is at odds with every situation in which she finds herself.