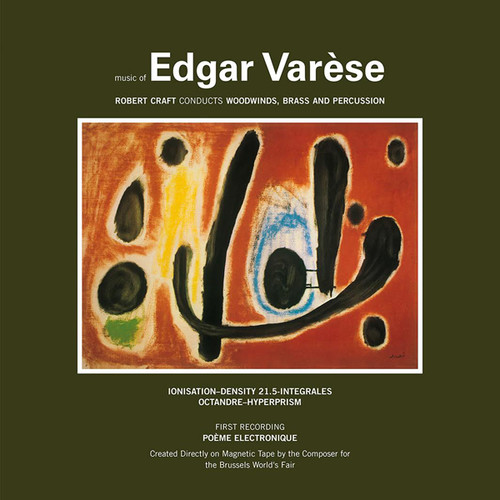 Edgard Victor Achille Charles Varèse (December 22, 1883 – November 6, 1965) was a French-born composer who spent the greater part of his career in the United States.

Varèse's music emphasizes timbre and rhythm. He coined the term "organized sound" in reference to his own musical aesthetic. Varèse's conception of music reflected his vision of "sound as living matter" and of "musical space as open rather than bounded".[3] He conceived the elements of his music in terms of "sound-masses", likening their organization to the natural phenomenon of crystallization. Varèse thought that "to stubbornly conditioned ears, anything new in music has always been called noise", and he posed the question, "what is music but organized noises?"

Although his complete surviving works only last about three hours, he has been recognised as an influence by several major composers of the late 20th century. Varèse saw potential in using electronic media for sound production, and his use of new instruments and electronic resources led to his being known as the "Father of Electronic Music"[citation needed] while Henry Miller described him as "The stratospheric Colossus of Sound".

Varèse actively promoted performances of works by other 20th-century composers and founded the International Composers' Guild in 1921 and the Pan-American Association of Composers in 1926.