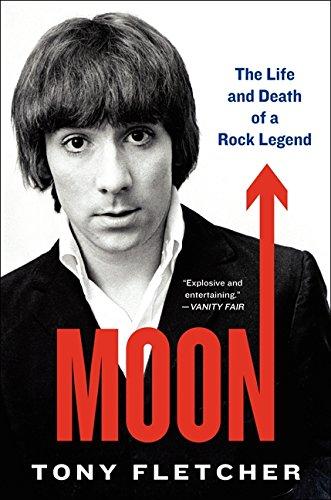 Moon The Life And Death Of A Rock Legend (pb)

Back in print, Moon is the brilliant and heralded biography of one of rock & roll's most notorious and beloved figures: The Who's legendary drummer Keith Moon.

Moon was the bad boy of rock & roll, the most manic member of an aggressive and fabulously successful band, a full-throttle hedonist who lived at the center of an unending party. He was also a musical genius who inspired whole generations of artists, a generous friend to nearly everyone who crossed his path, a guileless man of immense personal charm to whom the sweetest sound on earth was surf music. A generation after his death, Moon is still revered as the greatest drummer in rock history and the single wildest personality in an age of pop excess. Here is the truth behind the legend, the result of years of research in which music journalist Tony Fletcher interviewed dozens of Moon's friends, colleagues, and associates. An instant classic that brilliantly illuminates both the tender and self-destructive sides of this singular personality, Moon is the story of one of the most outrageous rock stars ever born.