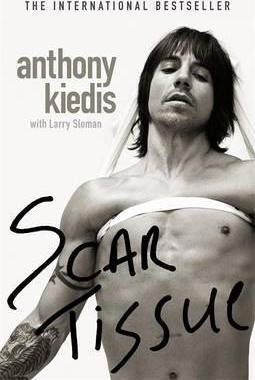 Now in paperback, the New York Times bestseller by one of rock's most provocative figures

Scar Tissue is Anthony Kiedis's searingly honest memoir of a life spent in the fast lane. In 1983, four self-described "knuckleheads" burst out of the mosh-pitted mosaic of the neo-punk rock scene in L.A. with their own unique brand of cosmic hardcore mayhem funk. Over twenty years later, the Red Hot Chili Peppers, against all odds, have become one of the most successful bands in the world. Though the band has gone through many incarnations, Anthony Kiedis, the group's lyricist and dynamic lead singer, has been there for the whole roller-coaster ride.

Whether he's recollecting the influence of the beautiful, strong women who have been his muses, or retracing a journey that has included appearances as diverse as a performance before half a million people at Woodstock or an audience of one at the humble compound of the exiled Dalai Lama, Kiedis shares a compelling story about the price of success and excess. Scar Tissue is a story of dedication and debauchery, of intrigue and integrity, of recklessness and redemption -- a story that could only have come out of the world of rock.