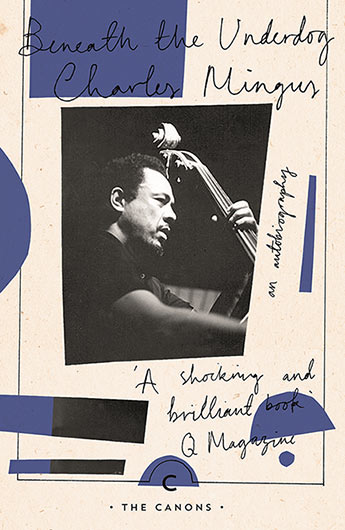 Collect 25pts with this purchase!
Earn Club Points on this item
Afterpay Purchases Excluded
What's this?

Description Item Details
A blisteringly powerful self-portrait of 'The Angry Man of Jazz', contemporary of jazz genius Miles Davis.
Charles Mingus is a musician, a mongrel musician who plays beautiful, who plays ugly, who plays lovely, who plays masculine, who plays feminine, who plays all sounds, loud, soft, unheard sounds, sounds, sounds, sounds ...
Beneath the Underdog is the memoir of the Angry Man of jazz, Charles Mingus - the genius whose adventures began at the feet of Louis Armstrong, Duke Ellington and Charlie Parker, and led him on a tour of every bottle, bar and bed in the world.
An unparalleled self-portrait of an artist, Beneath the Underdog is a tour as dizzying, otherworldly, raging and sexy as the man and his music.

Author bio:
Charles Mingus was born in Arizona in 1922. He settled in New York in the 1950s, where he played and recorded with the leading musicians of his time, such as Charlie Parker, Miles Davis, Bud Powell, Art Tatum and Duke Ellington. Mingus toured extensively throughout the world, including Europe, Japan, Canada, South America and the United States. He died in 1979. Both New York City and Washington, D.C., honoured him posthumously with a 'Charles Mingus Day'.